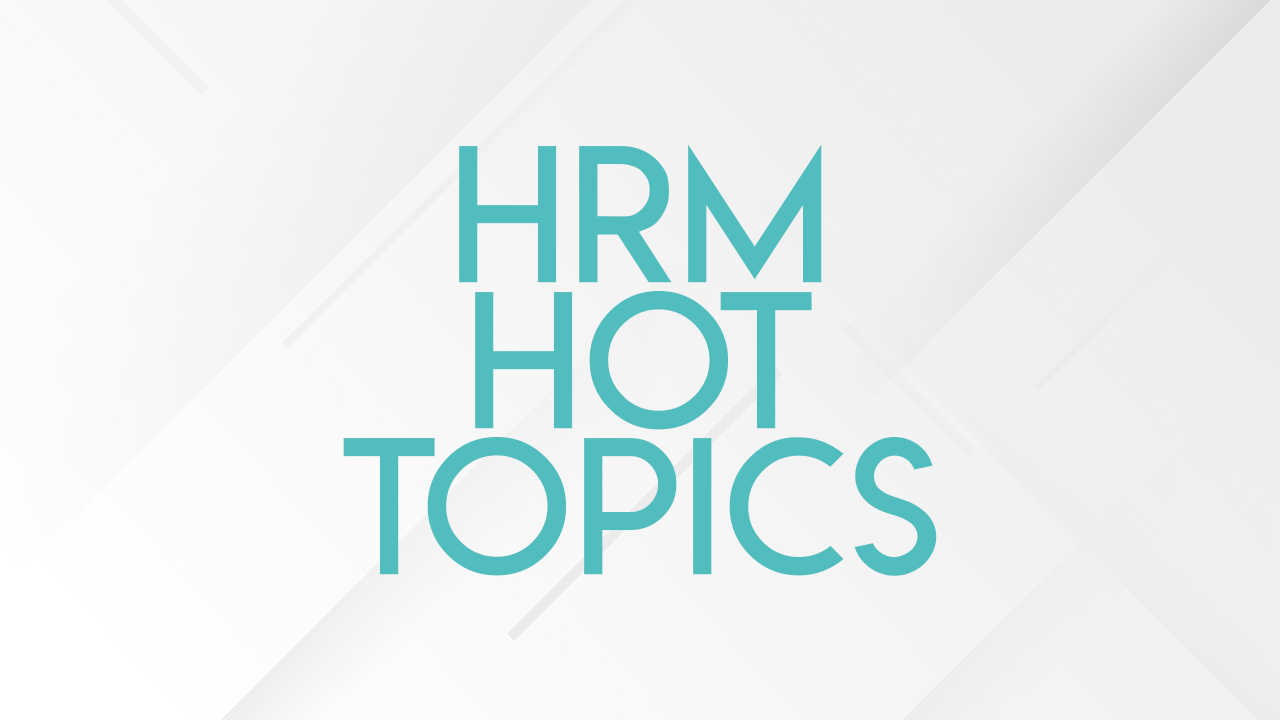 Welcome to 2022 folks! We’ve rounded the corner. We’re now in January and happy to have you along for this month’s edition of HR Hot Topics.

Yes, we’re still talking about COVID. We’re going to talk about two different things this month. One, some updates from the CDC around quarantine – both duration of quarantine and who needs to quarantine. And second, an update on last month’s episode – the large employer mandate for vaccinations that was stayed as of last month, meaning on pause, while the courts took a look at it. There have been some developments there too, so I want to bring you up to speed.

So let’s jump into the CDC. It’s no surprise to most of us that Omicron is here – it’s becoming the more dominant strain. It used to be Delta, but now it’s the Omicron variant. It’s incredibly contagious, much more contagious than the Delta variant was. And because of that, more and more people are contracting this variant of COVID, and it doesn’t seem to be thwarted in any way by your vaccination status.

Now, if you’ve been recently boosted, there’s some degree of protection, but certainly the vaccine is not as effective against Omicron as it was against Delta. So we’re seeing some breakthrough infections as well. All this means is that it’s going to hit your work force, right? If it hasn’t already, it’s going to and so what happens when that’s the case, right? What are you supposed to do?

The CDC has previously said that if you’re fully vaccinated, or if you’ve had COVID prior, you did not have to quarantine. So from an employer perspective, it has been important to know the vaccination status of your team and whether or not somebody had COVID and recovered, and the quarantine period, if you didn’t fall into either of those two categories, was 10 days. In some instances, you could shorten it to seven, but the CDC was recommending 10 days.

There have been some changes to that recommendation. The first is how long the quarantine period is. It went from 10 days to 5 days, and then at the end of that five days, if your symptoms are improving, assuming you tested positive, or if you were just simply in close contact and you were quarantining from a proactive point of view and you remain asymptomatic, then at the end of five days you can reenter general public, including the workplace.

The new recommendation is that you wear a mask for the next five days. So five days in quarantine, plus five days of wearing a mask and that allows you back into the workplace. Testing is optional. It’s not required. I think a big part of that is because some of the testing is not necessarily accurate depending on when you take the test. I mean, let’s be honest folks, if you can find a test right now, buy three or four of them and just keep them in your closet, because you’re probably going to use them. It’s really difficult to get your hands on an over the counter test. And it’s just as difficult to get an appointment and get a rapid test or a PCR from a healthcare professional. Testing is difficult to come by.

So there isn’t a testing requirement. There’s a recommendation, but not a requirement. The first big change is the shortening of the quarantine period from 10 days to 5, plus five days with a mask. Now the next change is who has to quarantine. If you’ve received vaccinations, either the two shot series of Moderna and Pfizer, or the one shot series of Johnson and Johnson, that alone doesn’t necessarily exempt you from quarantine anymore. Now, the CDC is saying that if it’s been more than six months since you received the shot series, or if it’s been more than two months since you received the Johnson and Johnson shot and you have not received a booster vaccine, then you should also now be quarantining if exposed.

To somebody who tests positive for COVID – that booster component and the timing of your vaccines is now factoring in where it didn’t before. And if you’ve recovered from COVID in the prior 90 days, then you’re still right in the category with those who have received the booster or have completed their vaccination series. Just because you’re vaccinated doesn’t mean you get an automatic ‘get out of jail free’ card on the quarantine side anymore. It really depends on how long ago you got vaccinated and whether or not you got a booster. For those who don’t have to quarantine again, let me be clear – if you have received the booster for your vaccine, then you don’t have to quarantine.

If you were exposed, this is assuming you’re asymptomatic, and assuming that you’ve not tested positive yourself or if you’ve had and recovered from COVID in the prior 90 days, you don’t have to quarantine anymore. But if you do have to quarantine, like I said, it’s five days plus five days of wearing a mask. And if you can get tested, if tests are available, it’s a good idea to do so. It’s recommended that you test on day five. If you’re unable to quarantine because you work in certain industries, like healthcare where staffing shortages may be such that having somebody quarantine just isn’t feasible, then the recommendation is that you wear a mask for 10 days if you were exposed.

According to the CDC website, ‘exposed’ means if you’ve had contact with somebody who’s been infected with COVID in a way that increases the likelihood of getting infected with the virus. So it’s a judgment call. The point here is that it’s broadened – you’ve got that coupled with how contagious this Omicron variant is coupled with the fact that people are still trying to live their lives. Your employees are out in the general public, maybe they have kids in the school system, the likelihood that they are exposed to somebody who tests positive for COVID is going to increase.

Now, you need to know not only their vaccination status, but you also need to know whether or not they’ve received the booster to determine whether they can be out for quarantine. And if so, it’s 5 days rather than 10, and then wearing the mask for the next five.

There are some specific rules that OSHA’s put out for congregant living, K12 schools, and healthcare professionals. The guidance I just referenced is general guidance. There’s more specific guidance for those additional items.

The next thing I want to touch on before we end is an update on vaccine mandates. In December’s episode, I talked about the current status of some of the vaccine mandates that were put out there by OSHA and by CMS, and the OSHA mandate for large employers with a hundred employees or more as of the December episode, was stayed, meaning it was on pause while the court’s review.

On December 17th, the court of appeals for the sixth circuit court, which is the one that was hearing all of those cases combined, lifted the stay and said that OSHA could continue forward with this mandate. So that means that if you’re a large employer, the rules are back on for you. Now, OSHA did push some of these compliance deadlines out a bit. So the new compliance deadline was January 10th for the vaccination piece, and then February 9th for the testing requirements. Right now, employers should be pulling together the roster of who is vaccinated and who will need to get tested. Remember, the mandate is that they are vaccinated. As an employer, you could choose to offer an option that allows unvaccinated staff to test weekly instead. But as I said, testing is really hard to come by.

So as of now, that’s back on and it’s important to note that immediately following this there were challenges that were issued to the Supreme Court. Justice Brett Kavanaugh reviewed those and had to make a decision on those applications and whether or not to grant a hearing to that, and whether a stay will be imposed again. If you’re a large employer, you’re proceeding as though this is a go until we hear from the Supreme Court.

Stay tuned for next month’s episode – we’re sure to have our update by then!