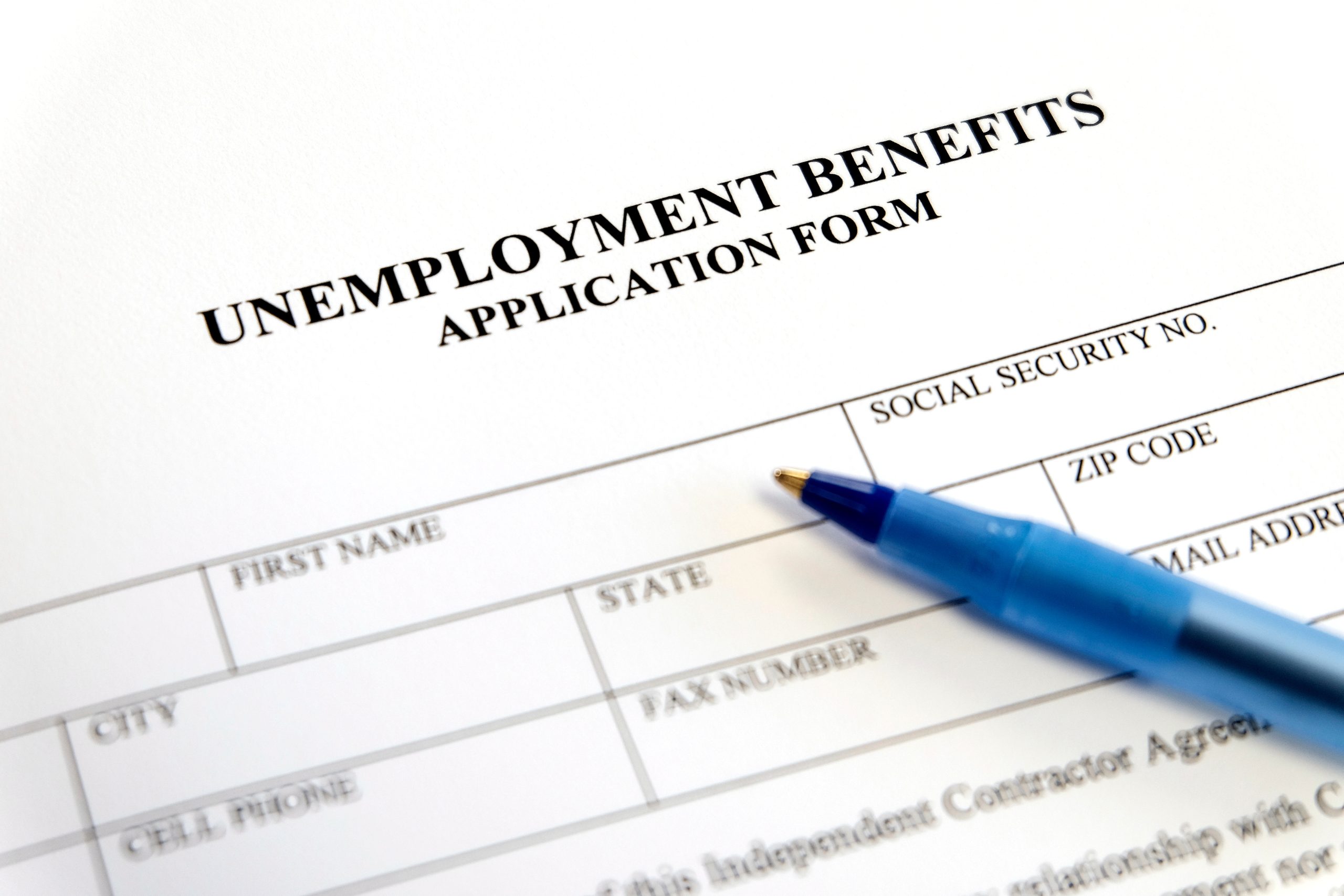 This month, we’re talking unemployment – which really hasn’t been a focus of these HR Hot Topics since the height of the pandemic. But there have been some recent developments with the Unemployment Compensation Fund and the Inspector General’s report, and it’s not good, right? It doesn’t paint the Unemployment Insurance Agency in a positive light, which is not shocking to any of us that have ever tried to navigate that system. And especially for those of you who were working with that system through the pandemic. So let me just start by giving you some numbers – before the pandemic hit, Michigan’s unemployment compensation fund was at 4.6 billion.

It’s a 100% employer funded account. So employers pay into the account based on payroll taxes. There’s a formula for that. And then it’s from that account that claims are paid out. So $4.6 billion was sitting in the account pre-pandemic and Michigan was the top, or one of the top, funds in terms of financial help in the entire country. We worked really hard to build the fund to that point. And then over the course of the pandemic, the fund was almost totally wiped out. It got down to $500 million and there was a point, if you were following these HR hot topics videos throughout the pandemic, where we actually thought it might go negative and we’d have to borrow from the feds. Luckily, that didn’t happen but the fund was just decimated as a result of all of these claims.

What we’re finding out now through an Auditor General report is that $8.51 billion was paid out to suspected fraudulent claims. $8.51 billion. Now, if you’re doing the quick math, you’re like ‘Jodi, you just said $4.6 billion was in the fund. How did we pay out 8.5 billion in fraudulent claims?’ Well, if you remember, the state fund was supplemented with huge dollars coming from federal funds, right? For a period of time, we had state unemployment payments and we had federal pandemic unemployment payments. So the feds really flushed a lot of cash through the state system. That’s why the numbers sit where they sit, but $8.51 billion in fraudulent payments. Now the crazy thing about this is that $3.8 million of those were supposedly paid out in fraud, committed by unemployment insurance agency employees. These were folks who were on the payroll for the unemployment insurance agency and manipulating the system or putting through knowingly false claims in order to get financial kickbacks for $3.8 million.

Shocking, right? And then you’ve got this revelation that supposedly the state of Michigan did not follow the specific rules tied to some of that federal money that was flowing through. They were paying out claims to folks who actually were never eligible to receive those dollars in the first place. It’s like $4 billion – $4 billion of the $8.51 was paid out to folks who never should have received that money. Another thing that came out in that auditor general report is that during the height of the pandemic, when the agency was just scrambling for manpower, they hired about 5,500 part-time workers through different staffing contractors, and none of them were background checked. So we actually had individuals who had access to confidential information because of that hiring agreement who had felonies for embezzlement, theft, identity fraud, etc.

It baffles the mind. The unemployment insurance agency is on its third director since spring of 2020. In November of 2020, the then director Steve Gray, who was overseeing it at the height of all of this craziness, resigned. And he got an $86,000 severance payment that came along with a confidentiality clause that said he wouldn’t say anything negative against the agency. And it’s been interpreted as a gag order. Now recently, a Senate Oversight Committee has indicated that they will issue subpoenas for Steve Gray to come in and speak with them about what happened, what he knew when he knew it, etc. They’re trying to get to the bottom of all of the different inadequacies that this agency displayed that were under full light in the pandemic. The current director, Julia Dale, has a huge job ahead of her.

She said recently that it’s difficult to hear the agency she just became the director of unnecessarily exposed itself to internal attacks. She was speaking about the $3.8 million and fraud that was committed by the Unemployment Insurance Agency, employees, or contractors. She goes on to say, “frankly, I can’t wrap my head around it. The world changed in an instant and everything went backwards – to say that the work ahead of me has grown by leaps and bounds would be an understatement.” So the committee seems set on really digging into this report and finding all of the different areas that the agency needs to resolve. It seems they have a committed director now in Dale, willing to do exactly that. The biggest win for us as employers, came on April 18th of this year. On April 18th, Governor Whitmer signed House Bill 5525 and that appropriates $139.8 million into the unemployment compensation fund.

Remember I told you that fund was 100% employer funded, but with all of this known fraud and abuse, employers shouldn’t be on the hook for those payments, right? So there’s been a push on multiple fronts to get the state to reallocate some of those state and federal dollars into the unemployment compensation fund for exactly this reason – to cover some of those fraudulent payments, to hire fraud investigators, and to ensure that this kind of thing never happens again.

Now, is $139.8 million enough? Who’s to say, I mean, we got down to $500 million in the fund. We were at $4.6 billion at the start of things. We certainly have a long way to go. And as employers, we’re going to be feeling that in our pocketbook and our unemployment experience rating that we get charged to try to build that fund back up. But it’s good news to know the state is chipping in a portion of that. This all just happened recently, and they’re committed to finding out all of the different areas where the agency went wrong, so that hopefully the agency is built back better this next time around.

Just wanted to make sure you’re all on the same page with that, because your dollars are at work here. As always, if you have any questions, you can reach me directly at jodischafer@workwithhrm.com. Thanks for being here!